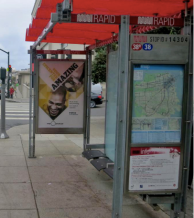 I saw the bus stand, a place with four individual seats for those who wanted to sit while waiting for the bus. This was rush hour. The seats are usually filled by the time I get there, but today there were three vacant seats. I soon learned why. The person sitting in the far left seat was loudly shrieking every 10 seconds or so. I sat in the right-most seat. My ears could take it, and I hate standing to wait for the bus. I started thinking about what would happen if I talked to the person who was shrieking. Would I help him to temporarily break the spell of his madness? I didn’t ponder the question for a long time because a young woman stepped up with her 3-year-old son. She sat him near to the fellow who was shrieking, with only one seat between them. Soon, they are making cute little noises at each other. First, the child, and then the man made a soft sound, back and forth, repeatedly. These two, the noisy man and the 3-year-old were basically cooing at each other, and smiling. The spell was broken, at least temporarily. I had my answer. 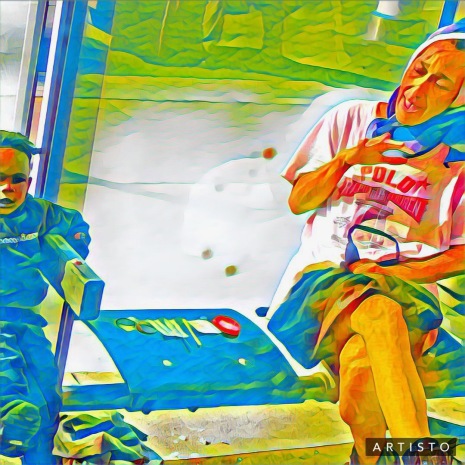